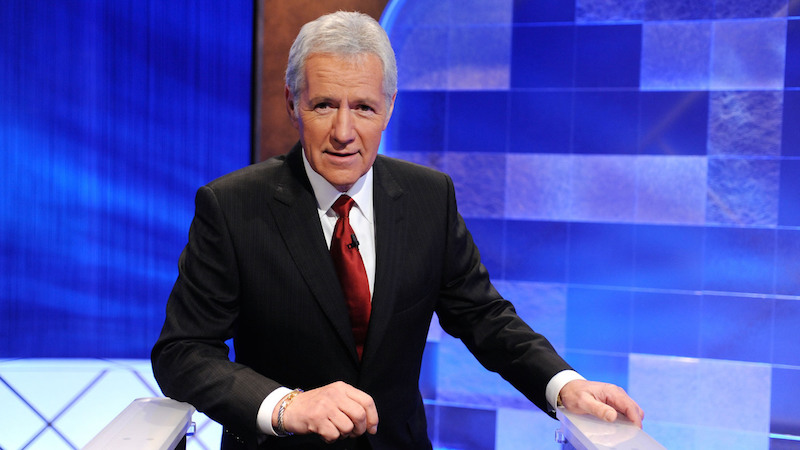 As someone who occasionally writes for a game show, I can say with a modicum of authority that Jeopardy! is, was, and ever shall be at the top of its class. Initially titled What’s the Question?, the program was created by showbiz powerhouse Merv Griffin, pitting three brainy contestants against one another to provide “questions” to cheeky and sometimes thoroughly stumping “answers.” Somehow the formula was a hit, running first from ’64 until ’75, brought back in ’78, and finally returning again in ’84 with host Alex Trebek in the format we know today. Griffin – who, incidentally, grew up in much the same part of the San Francisco Peninsula I did, and was in fact an alumnus of the same community college I attended for two years – also created the show’s instantly recognizable theme song, “Think!,” which I’ve recreated here. I’ve known this song longer than most of the hymns I learned in church or the classic rock singles I later came to love: Along with Square One, Sesame Street, and the bizarre, formulaic sitcom Dave’s World, Jeopardy! is also one of the earliest shows I can ever recall watching.